Gear up and get ready to ride! Our highly anticipated iCan Shine Bike Camp is coming back for another year of challenge, empowerment, and fun! Over the course of five days, individuals with disabilities (ages 8 and up) have the opportunity to learn how to ride a bicycle. For many Covey participants, this is a life-changing experience. The iCan Shine Bike Camp leaves them with a new sense of accomplishment, and many opportunities for growth, including:

For more information, read our blog, Learning How to Ride a Bike for Kids with Disabilities.

What is iCan Shine?

iCan Shine is an international nonprofit organization that hosts five-day-long programs and camps for individuals with disabilities. Since 2007, iCan Shine has taught approximately 30,000 people how to ride a conventional bicycle. By collaborating with organizations around the United States and Canada, iCan Shine has a tremendous impact on the lives of individuals with disabilities and their families.

Reaching Milestones, One Pedal at a Time

Participants of the iCan Shine Bike Camp not only learn how to ride a bike, but also learn that they can accomplish any goal they set their mind to. With the help of our wonderful volunteers, camp participants face their fears, challenge themselves, and ultimately feel empowered that they were able to try something out of their comfort zone. 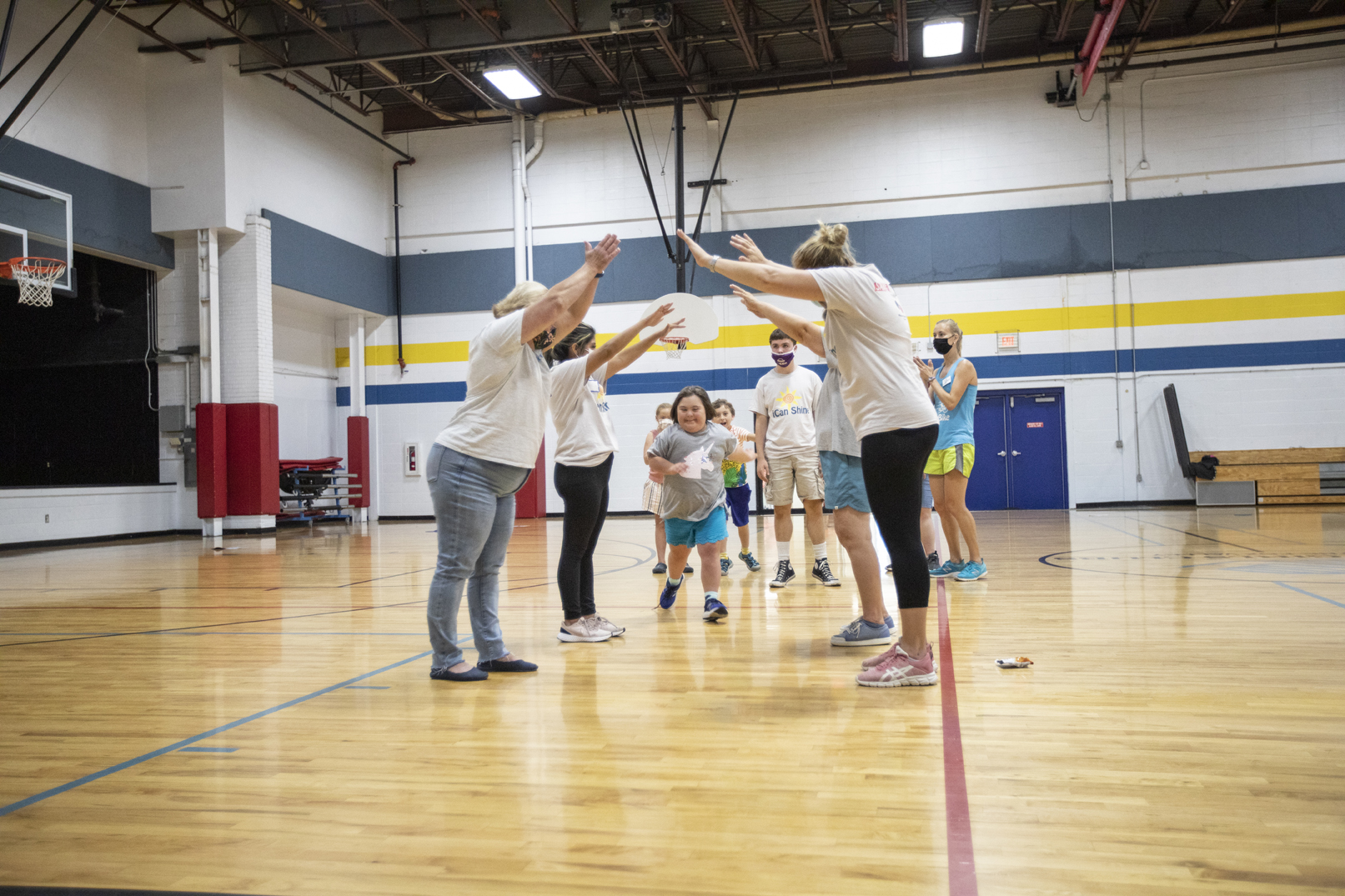 After experiencing a bike accident a few years back, Logan has been too scared to try riding again. Logan referred to himself as an “indoor kid,” while his brother was more of an adventurous boy who happily rode his bike around the neighborhood with friends. This contrast between the two siblings began to drift the brothers apart, which weighed heavily on their mother’s heart. She thought that bringing Logan to iCan Shine Bike Camp would help him build enough confidence to give bike riding another chance.

By day 3, camp was a success—Logan was able to ride a bike independently! While his mother was ecstatic with his fast progress and shift in confidence, she shared that they weren’t able to afford a bike for him. Thanks to a network of connections, families, and supporters, Logan was able to pick out his very own bike by camp graduation on day 5! 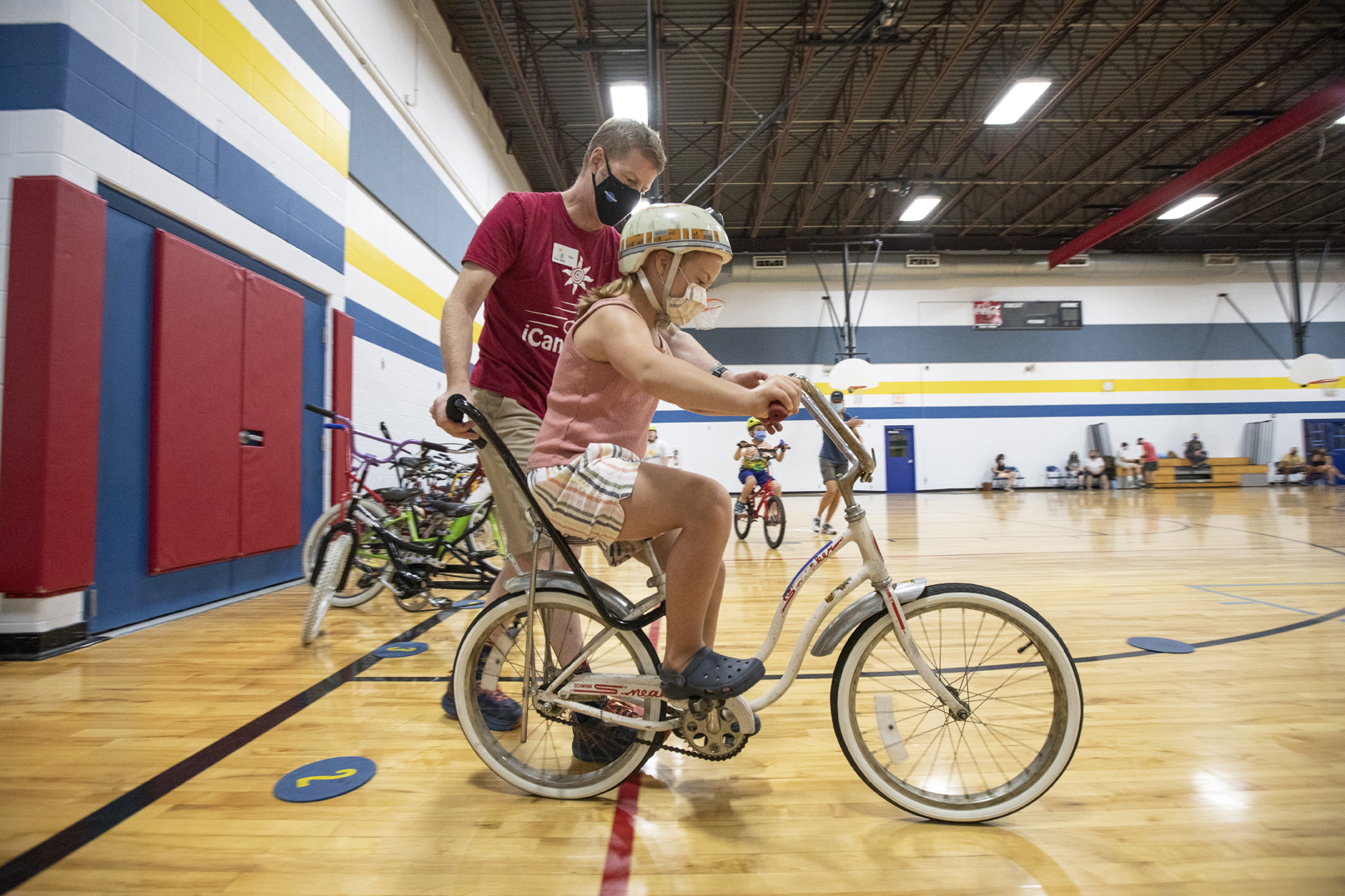 The Benefits of Volunteering

Volunteering for individuals with disabilities is deeply fulfilling. From strengthening your bond with your community, to gaining new perspectives and building new relationships, volunteering is proven to make us feel good about making a difference.

Past iCan Shine Bike Camp volunteers have raved about their rewarding experiences. From frustration to triumph, volunteers support riders through it all. The growth that participants undergo from day 1 to day 5 is incredible to witness—you’ll leave knowing that these riders have a newfound sense of confidence and freedom! 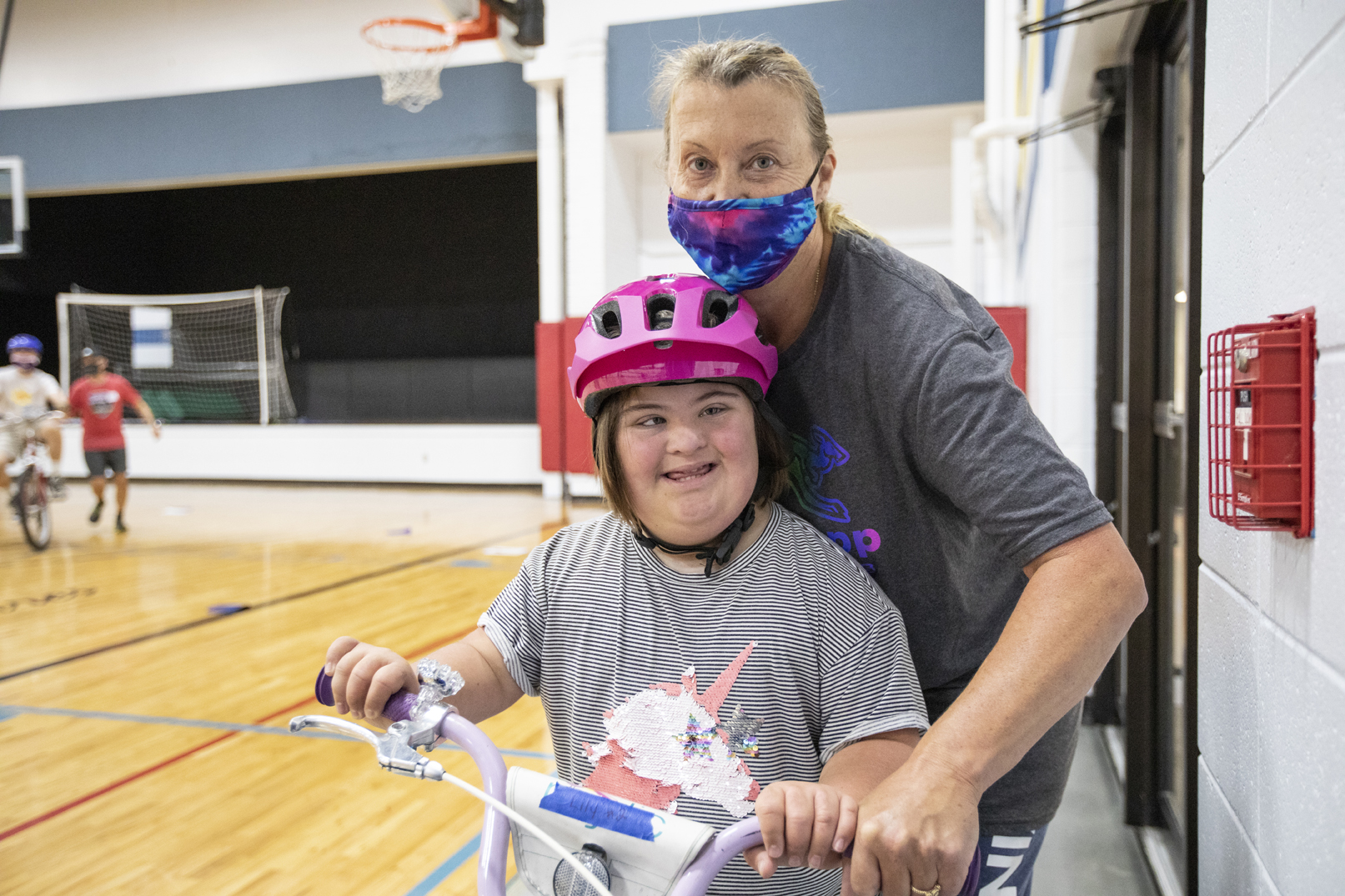 Are you ready for an incredible experience of social development and lasting friendships? Mark your calendars for this year’s iCan Shine Bike Camp. We hope to see you all there!

Fill out the registration form below to sign up for Covey’s iCan Shine Bike Camp as a volunteer or rider.